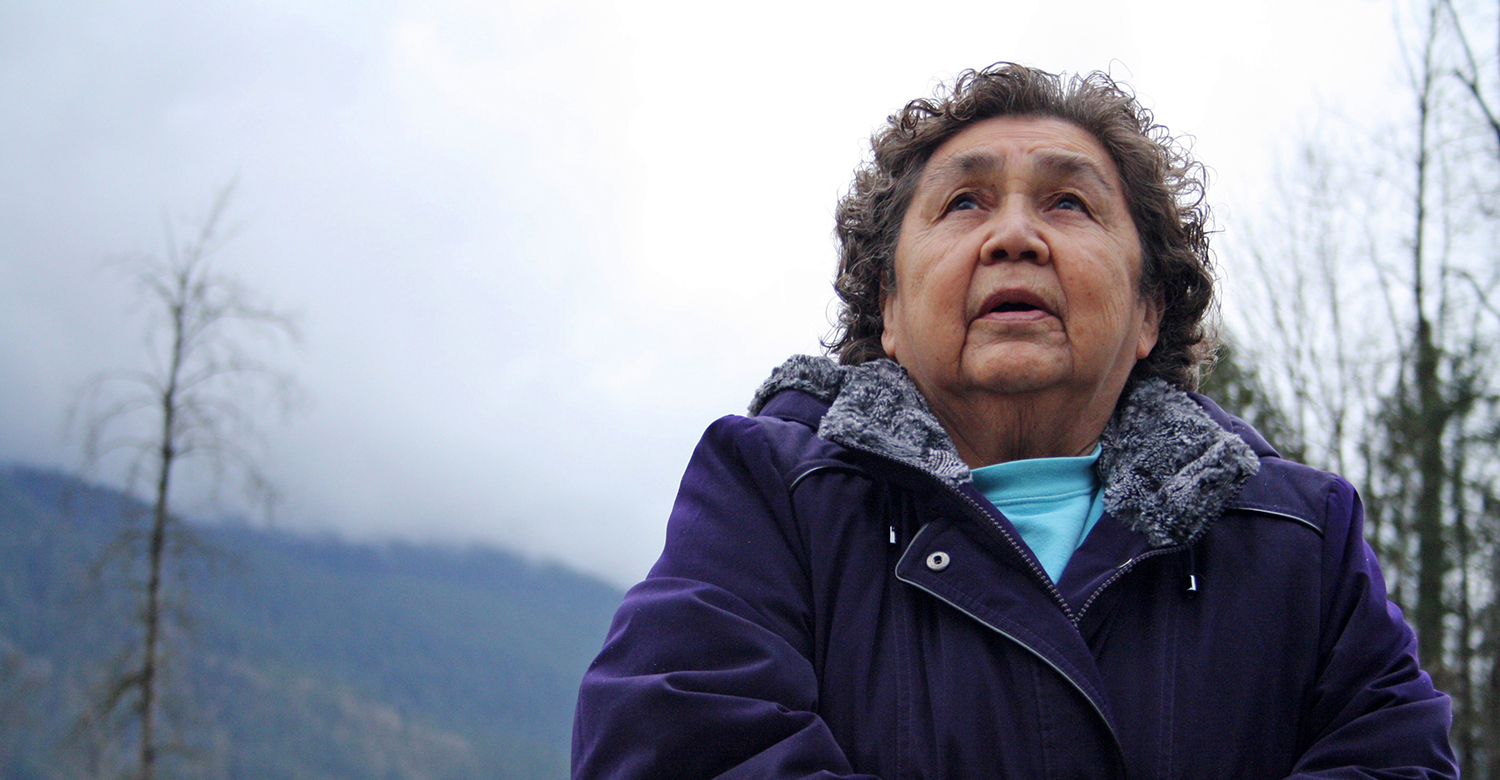 Elders use culture to heal Indigenous inmates from sexual violence

By: Lauren Kaljur and Curtis Rowland

Elder Amy Victor of the Stó:lō Nation is no ordinary grandma. Five days a week she drives from the Cheam reserve to Abbotsford. B.C., where she willingly walks through the gates of the Fraser Valley Institution for Women.

But the 74-year-old elder is not a prisoner or a guard. Her unique position, spiritual advisor, allows her to help Indigenous women heal the damage wrought by sexual abuse using a simple, potent formula: traditional teachings, Indigenous medicines, indomitable spirit.

Indigenous women make up a disproportionate number of federal inmates in Canada.

Many are survivors of a history of sexual violence before they arrive in prison.

As one prison counsellor put it, “The women didn’t even know it was possible not to be abused.”

Victor’s goal is to use culture to interrupt the interrelated cycles of abuse, victimization and incarceration that have swirled through Indigenous communities for generations.

Healing on the inside

Victor guides Indigenous inmates toward “the good path” by reintroducing cultural practices most of the women were denied or never knew due to Canadian assimilation policies. Victor says many women grew up in foster care and don’t have a connection to their parents or grandparents.

“Being disconnected from the culture caused them to be lost,” she says.

Only a fraction of Indigenous offenders identified with First Nations spirituality upon entry to the prison, according to a 2000 Corrections Canada study.

Victor shares guidance and Coast Salish ceremonies with the women – encouraging harmony with the world, each other and within. She also helps organize other Indigenous ceremonies such as smudges and sweats inside the prison.

Victor teaches balance through the four aspects of the medicine wheel: physical, mental, emotional and spiritual. She helps the women recognize when there is an imbalance. “We don’t tell them, they have to realize it.”

Victor’s traditional name, Stenilhot, means “woman who walks beside you” in Halq’eméylem. Her unconditional support helps to combat the mistrust, shame and anger that can come from sexual abuse.

She says abusers often tell their victims not to talk — so it takes time to build trust with the inmates.

“They are conditioned not to share so they just internalize it,” Victor says. “Some of them are so damaged right from childhood. … These women were once innocent little girls … They were just 3-4 years old. Should have been playing around instead of being abused — physically or mentally. Sexually.”

Victor never asks the women she works with what their crime was. “It doesn’t matter to me, what they are there for.”

Navigating two systems often at odds is a challenge inside the prison. Victor’s disarming humour takes the edge off her mild disregard for authority.

“[Corrections] tried to twist our ceremonies that had been passed down for generations. I said I wouldn’t do the ceremonies then if I had to change it to compromise with their work.”

Healing on the outside

Victor is not alone in working to break the cycle of abuse. Elder Paula Potter – of Cree, Lakota and Scottish descent – is working towards taking on Victor’s work inside the prison.

The 50-year-old elder provides spiritual support for women in the sex trade at halfway houses in Vancouver’s Downtown Eastside.

Active in her community, Potter is a pipe-carrier and Sundancer. For plains cultures, the pipe connects the physical and spiritual worlds.

Potter’s wisdom comes from experience. She first survived sexual abuse at the age of three; committed dozens of crimes before her 16th birthday; and fell into a life of sex work, addiction, and criminalization. Living on the streets for 30 years, she understands the marginalization of Indigenous women.

“We’re the last people on the totem pole. We’re the bottom.”

Like Victor, Potter sees the role that an Indigenous perspective plays in healing. Reconnecting to her spirituality helped pull her off the street and focus on the future.

Potter now dedicates her life to helping others. Her Cree name, Mistatimspoo, means Horse Woman; she is fierce in her determination to rekindle strength through spirituality.

“I believe that my gift to the world is to stand up and start educating people,” she says. “To desensitize them to their ignorance about cultural genocide.”

Despite challenges, some early results show improvements for Indigenous inmates involved in “Aboriginal-specific” programming. Indigenous offenders who participated in Pathways units had a 17 per cent rate of re-offence compared to 35 per cent in standard units. Inmates and staff at Healing Lodge facilities were also less likely to be involved in violent incidents and more likely to complete parole after release.

These practices mark a slow shift from standard correction conventions.

Meanwhile, Amy Victor continues in the Stó:lō way to acknowledge wrongdoing, resolve it and move on, all the while never leaving the women’s side.

“You’re not supposed to build bonds with them, but I do because in my language they are my children. I am still responsible to them,” Victor says. “Somebody had to apologize to them.”

Curtis Rowland is a journalism student working on being more journalist and less student. He’s on Twitter @curtusr